Ideas for a dinner from 4 corners of the world - surprise your family with an unusual meal!

Pork chop with potatoes, dumplings or stuffed cabbage are undoubtedly the rarities of Polish cuisine, which we should boast about. However, it is sometimes worthwhile to surprise the household members and reach for exquisite dishes that will delight their palates and allow them to discover unknown flavors.

Indian cuisine is a wealth of flavors created for each dish using a specially selected blend of spices, called masala. Curry, Roman cumin, coriander or curcuma are just some of its ingredients, creating unique Indian combinations. Another great argument to try dishes from this part of the world is that thanks to the use of little processed, natural ingredients rich in natural antioxidants, people who prefer Indian cuisine less often develop cancer and other diseases of civilization. Where can I eat Indian food in Warsaw? For example, in the restaurant Ganesh, Chicken Kali Mirch with a naan cake is served. This seemingly simple Indian dish surprises with its depth and variety of aromas. It is based on marinated chickens with ginger, garlic and yoghurt paste with salt and black pepper.

Mexican cuisine is an expressive combination of fresh vegetables, spices and herbs. It is known for its spicy dishes, but you will also find mild flavors. The most popular dishes are undoubtedly chili con carne, burito, tortilla or quesadilla, but it is only a substitute for what Mexican cuisine has to offer. Although Pre-Columbian and Spanish influences can be sensed in dishes from this part of the world, they have not lost their original flavours. The main character of the dishes originating from Mexico is beans, but in addition to legumes, meat, fish, corn, various kinds of paprika and avocado are also used. You can try the Mexican taste by ordering a traditional enchiladas dish, for example in the Loco Mexicano restaurant in Warsaw, where three corn tortillas are wrapped with ground beef and beans and baked with tomato sauce under a layer of the highest quality cheeses. Enchiladas are served with sour cream and coriander. This traditional dish is known mainly for its spicy taste because the name comes from the word 'enchilar', which in Spanish means 'add chilli'. 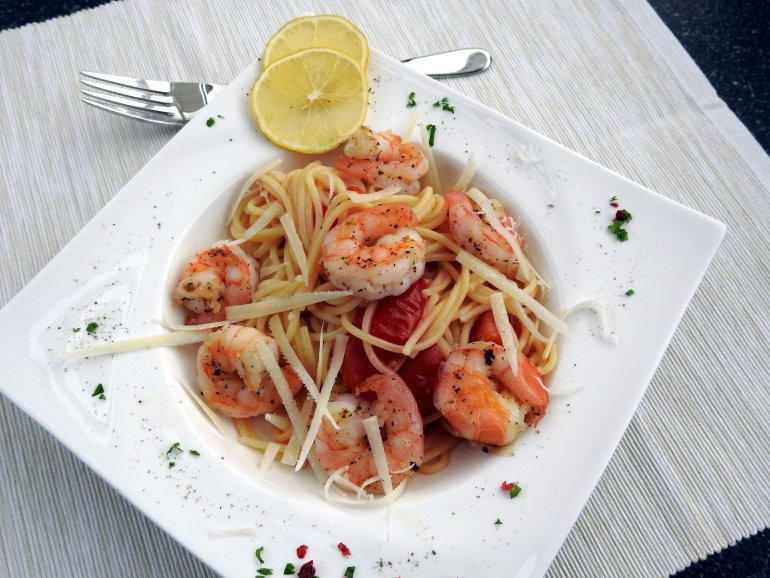 Italians are famous for their Colosseum, their radiant approach to life and, of course, for their simple, very tasty cuisine. We associate it with such characteristic spices as oregano, basil, thyme or rosemary. Interestingly, Italian dishes are very different in the north and south of the country - in the first part it is mainly rice and butter, and in the second part mainly pasta and olive oil. However, Mediterranean dishes are not only pizza and spaghetti, but many different dishes, often exquisite and based on seafood. The Italian restaurant Ristorante & Pizzeria Prego from Wroclaw offers its guests on Tagliatelle con gamberetti - pasta with shrimps. This is just one of the many great Italian pasta dishes. Garlic, dried tomatoes and sauce based on white wine create a unique mixture, which in combination with shrimps will not allow you to forget about yourself for a long time.

Sausage, pork cutlet and dumplings. What comes to mind? Polish cuisine of course, but although the most famous are a few simple dishes, we can also prepare real rarities. One of the dishes on the pages of history was lamb prepared for the famous Thursday dinners by the court chef Stanisław August Poniatowski. That is why it is still called the meat of kings. What is more, lamb meat is not only a feast for the palate, but also has strong anti-cancer properties. Roast lamb with red cabbage on wine with honey will be served e.g. in Retro restaurant from Katowice.