Pimientos de Padrón , or free translation of "Paprika z Padron" is a dish that can be ordered at virtually any tapas bar in the north of Spain. These peppers are a delicacy that you can eat even every day. They occur in the form of slightly fried and browned green peppers, which are additionally seasoned with sea salt. They can also be eaten in the Basque version, then they are a small snack. It would seem that this dish cannot surprise you with anything. However, the whole game is that reaching for the Spanish green pepper you never know whether you put a mild or super spicy pepper in your mouth.

Padrón is a municipality in Spain. It is located in Galicia, where the monks began importing these green peppers from Mexico in the 16th century. The peppers were then a normal variety of chilli peppers. However, cultivating in a different climate, such as the Spanish climate, caused imported peppers to lose their sharpness. Their size has also decreased. Only those peppers that ripen completely have a characteristic fiery, spicy taste. This is why you can never be sure that the peppers you choose will be spicy or mild in taste when you eat them. This is a Spanish variation on the popular, deadly Russian roulette, only in the food version.

Thanks to frying, the Spanish peppers change colour to white or sometimes brown. During frying they shrink and their size changes and shrinks to 1/3 of their original size. 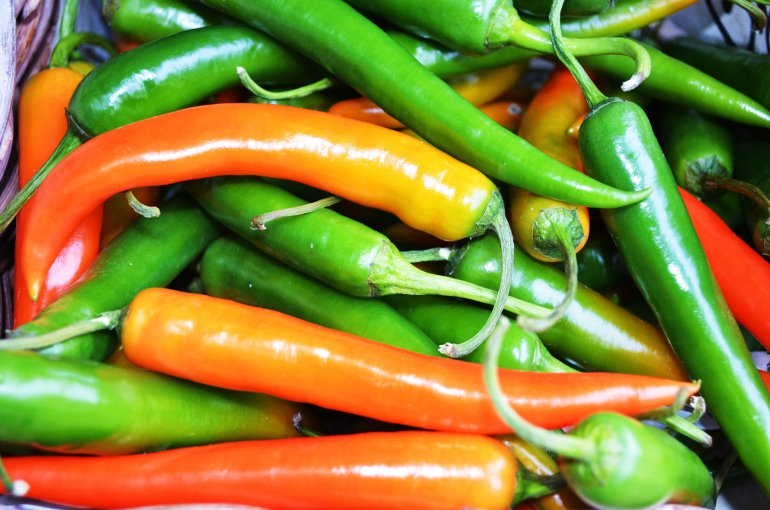 Wash and dry the peppers thoroughly at the beginning. Then heat olive oil or oil in a pan. There should be a lot of oil in the pan, at least 2 millimetres thick layer. Put the peppers in hot fat and fry them for about 5 - 7 minutes. Remember to rotate the peppers in the pan so that they are evenly browned. The peppers are ready when their skin is wrinkled and slightly brown. After taking the peppers out into a bowl, sprinkle them with coarse-grained sea salt to taste.

It is best to eat them warm, immediately after cooking, then they taste definitely the best. Tasty!