Three valuable information on the role of protein in the diet

When you return from the gym, your muscle mass.... drops

In our body we distinguish three types of muscles: cardiac, smooth (from which internal organs are built) and skeletal. The last one is mostly built of protein and is responsible for movement.

During physical activity, as a result of the so-called catabolism process, skeletal muscle fibres disintegrate. As a result, after a physical activity (e.g. after a visit to a gym) the weight of muscle mass does not increase, but on the contrary: it decreases slightly.

Muscle mass increases during the process of anabolism, i.e. regeneration. The proteins digested by the body are broken down into amino acids, which are the building blocks for the muscles to create a new protein.

2. a few portions of protein per day

Men should consume 56 g of protein per day and women 46 g. However, these values apply to people with sedentary lifestyles; the more physically active we are, the greater the body's need for protein. It is estimated that athletes should consume twice as much protein, i.e. about 1.8 g per kilogram of body weight (per day). 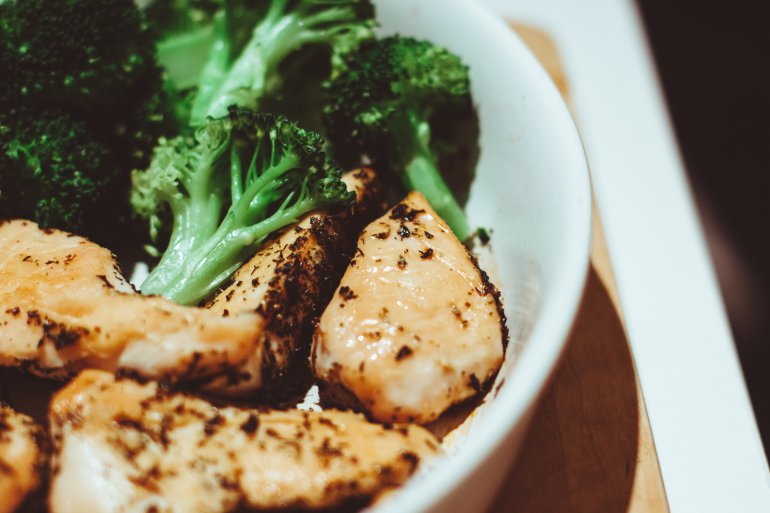 It should be remembered that a portion of protein in one meal does not exceed 20 g, because its excess can turn into fat. This valuable ingredient should be supplied to us all day long.

Some of the above mentioned amino acids are produced by our organism on its own, others we have to supply it from outside. This need is satisfied by the so-called complete protein, which contains all nine missing amino acids. They can be found e.g. in eggs, dairy products and meat.